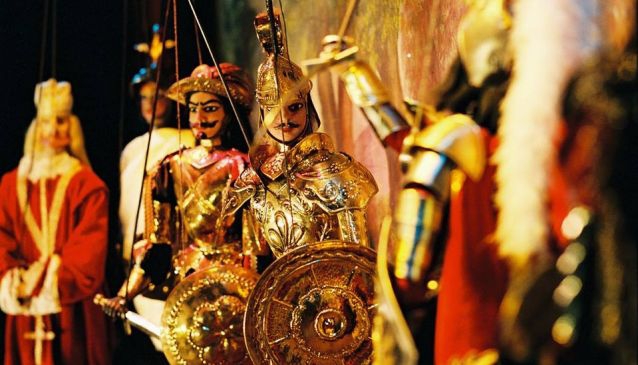 The museum of the puppet theatre is dedicated to the fascinating world of the puppets of Catania, with pieces dating from the late 19th and early 20th centuries, jealously guarded by the Napoli family, puppeteers in Catania since 1921.

The 'Vecchia Dogana' is a multi-purpose-centre in a historic factory in the port, that offers a range of commercial and cultural activities. The Vecchia Dogana houses the Museum and Puppet Theatre Fratelli Napoli - it is the only museum dedicated to this art in the western part of Sicily, and the Cinema-Theatre Francesco Alliata, which preserves the heritage of films and documentaries produced by the Sicilian Panagia film and offers documentaries and scientific films with technology 5D on the big screen in Dolby surround.  It is the Cinema-Theatre which accommodates the puppet theatre.