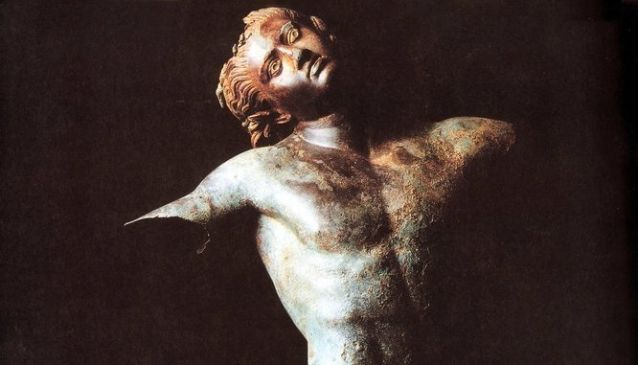 Captain Adragna and his crew one night pulled out of the water the 'Dancing Satyr', a bronze statue, off the coast of Mazara del Vallo. Amazingly enough the same captain some months earlier had already fished out a bronze leg of the same statue.

The Dancing Satyr is 7 feet tall and a superb work of art. It is full of motion and delight.

There is not very much known when and where the statue was manufactured. Experts date it back to the time between the fourth and the first century BC.

Since then the Dancing Satyr has travelled the world, was in Rome, in Paris and in Tokyo at the National Museum. It was also part of the 'Bronze Exhibition' of the Royal Academy of Arts in London.

When not on tour, the satyr resides in his own museum in the centre of Mazara del Vallo, the Museo del Satiro