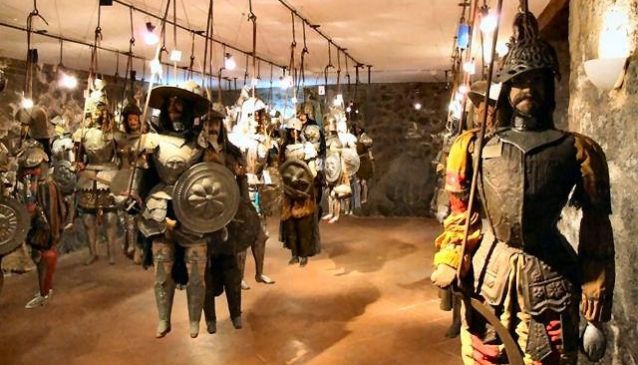 The Swabian Castle of Randazzo, which has recently been restored, houses since 1986 an interesting collection of Sicilian puppets, purchased by the town of Randazzo thanks to a contribution of the Regione Siciliana. There are marked differences between the two main marionette schools of the island, the ones of Catania and of Palermo. The 21 pieces housed in Randazzo belong to the school of Catania and date from the early twentieth century.
On display are the puppets which are according to tradition still used to stage variants of the 'chansons de geste' of Charlemagne and his paladins, covered by typical medieval armor. The work is typical of the Sicilian tradition of storytellers, and spread this culture throughout Europe and other continents to the delight of immigrants.