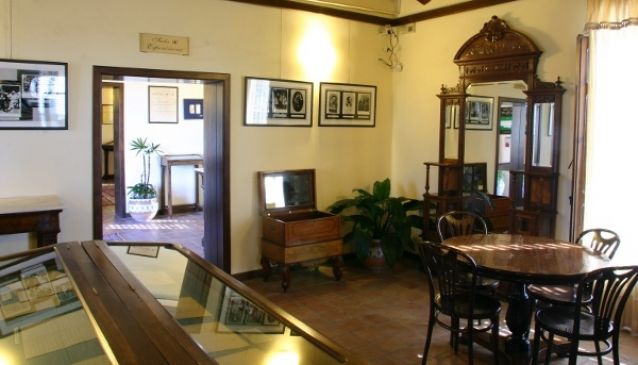 The museum holds a large photo collection, reviews and honours, first book editions with autographed dedications, important paintings dedicated to Luigi Pirandello, and playbills of his most famous works performed in theatres all over the world. Periodically the museum houses temporary exhibitions on the museum itself.
Since 1987 the museum has been a whole with Luigi Pirandello Library.

Luigi Pirandello is one of the most representative writers of literature in this century. In his works Pirandello describes the society in his times, at the turn of the century. The main character of his works is never a 'whole' man, linked to objective and universal values, but he is a man 'fragmented' in his elements, alone and different from other people and from his Ego even, who is not able to identify himself with a specific personality: then he is 'one, noboby and a hundred people'.