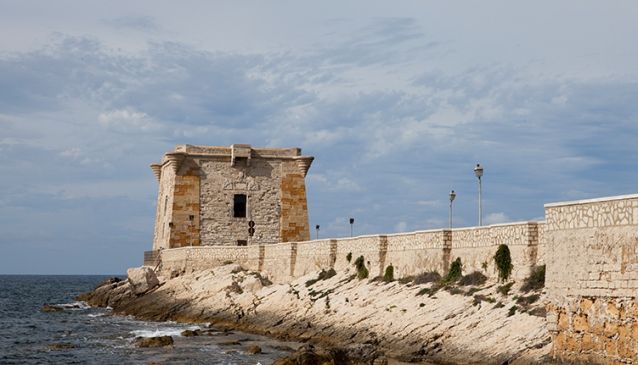 The commissioner of the tower was Claudio La Moraldo, Prince of Ligny, who was sent to Sicily by Queen Marianna, wife of Charles II and governor of the Kingdom of Spain and Sicily. La Moraldo was an expert in the military arts. The construction of the tower was part of an overall plan of fortification which also included the reinforcement of the walls of the city of Trapani.

The Torre di  Ligny was armed with cannons and equipped with headlights and served for signaling and as a watchtower.

Until 1862 it was the seat of a military garrison. Later it was also used as telegraph and semaphore station, and during World War II the Navy ised it for air defense.