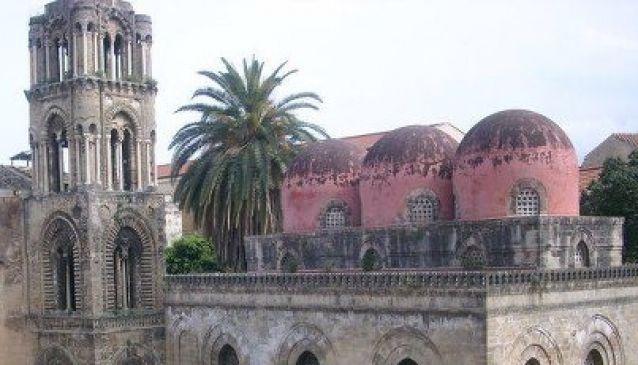 In the 18th century San Cataldo was used as a post office! Restoration works were made in the 19th century, bringing the church back to the form of its medieval origins.

The three striking spherical domes are the first thing you'll notice. The spare but intense interior shows blind arches which are partially occupied by windows. Bare columns with Byzantine arcades face the walls. The altar is original, same as the wonderful mosaic-floors.

San Cataldo is situated in the historical centre of Palermo, next to the Martorana church, and is a typical example of the Arab-Norman architecture of Sicily. The bell tower is similar to those of the Cathedral of Laon in France and the Cathedral of Durham in England. At the same time the church features Byzantine architectural characteristics.