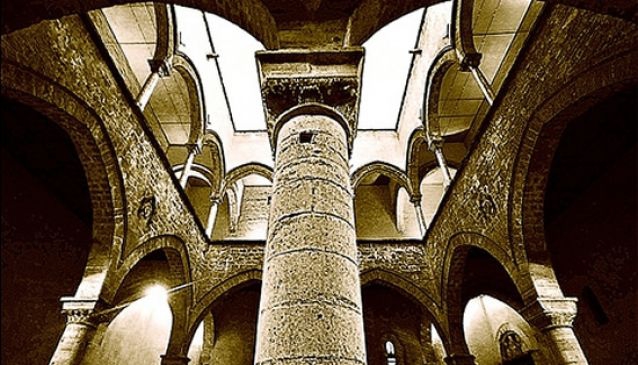 The building now shows its former glory after a year of restoration, enriched by the eighteenth-century paintings granted by the Regional Gallery of Palazzo Abatellis .
The Steri-Chiaramonte Palazzo contains testimonies ranging from the foundation in the fourteenth century, the work of the great Chiaramonte family, to the Aragonese kings and the Spanish Inquisition, to the fifties of the twentieth century.
Today, institutional seat of the University of Palermo, the Steri is a museum in which every passage of history has left precious evidence: the ceiling of the Sala Magna (14th century), defined a medieval encyclopedia for the richness of its thirty-two narratives, graffiti of prisoners of the Inquisition have already been restored and incorporated in the Gun Room, the room of the trusses and 'La Vucciria' of Guttuso, painting icon of Palermo, returned to his post after the trip to Rome for the big retrospective about the painter of Bagheria.