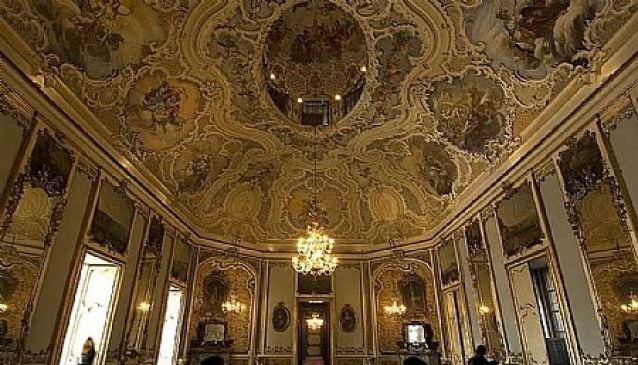 The heart of the palace is formed by its halls, conscientiously restored and thanks to the personal interest of the descendants of Prince Biscari, capable of holding conventions, events and receptions up to 350 persons.
To the right of the courtyard there is the most recent wing of the Palace, the Sporting - Unione Club of Catania is hosted here along with some private apartments. To the left of the main courtyard, instead, there are other private apartments where eleven members of the family reside, the Department of Culture of the Municipality of Catania , the Rotary Club together with other offices.

For foreigners there can be organised banquets with traditional menus and musical entertainment. Conferences can host up to 200.

Furthermore, the palace is available for guided tours in the private apartments, with refreshment offered.

Just imagine to celebrate your wedding in these surroundings....