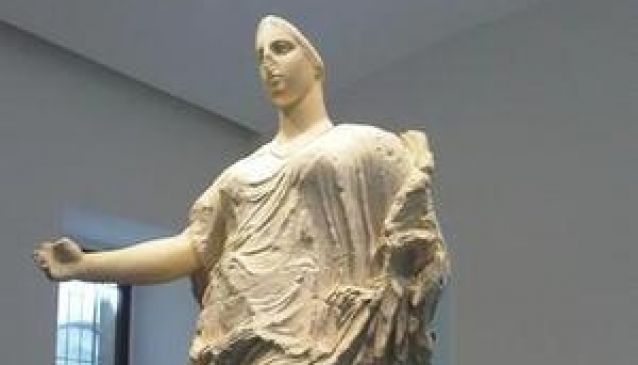 Morgantina was already inhabited in the prehistory. The oldest ruins date back to the 13th century BC. According to the historical data, during this period the central part of Sicily was occupied by the Morgets, a people coming from the mainland, who probably named Morgantina. In 459 BC the settlement was besieged and destroyed by the Siculians led by Ducezius. The new town was founded around the second half of 5th century BC.  Morgantina enjoyed a period of great prosperity in the 3rd century, expecially during the kingdom of Iero.
The agorà, which was rebuilt after being destroyed in 211 BC, and the existence of buildings dated up to 50 BC, testify the Roman phase of the town which later, in the Roman-imperial period, was completely abandoned.

The materials exhibited come from excavations made by the American Mission of Princeton, Virginia Universities and the Superintendency of Siracusa, Agrigento and Enna.