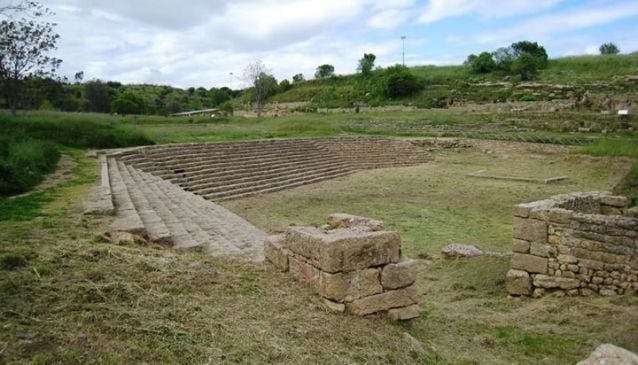 Morgantina is still under excavation and was actually only identified in the 1950s, so stay tuned for more finds as archaeologists continue to work on the site.

Morgantina is located about 12 km from Piazza Armerina and only reachable by car.
Remains include an agora for public meetings, a third century BC theatre, a fourth century BC sanctuary, a granary, slaughterhouse, commercial street, Hellenic houses with mosaic floors and a gymnasium.

Like many ancient cities it has had a checkered history and was occupied by various forces including Syracuse, Rome, some Spanish mercenaries and even slaves. The final mention of the city historically was in the first century.

The museum in Aidone could be worth dropping in to see some of the aerial photos of the site and various finds.

In March 2011 the 'Venus of Morgantina' was repatriated to Italy by the Getty Museum im Los Angeles.