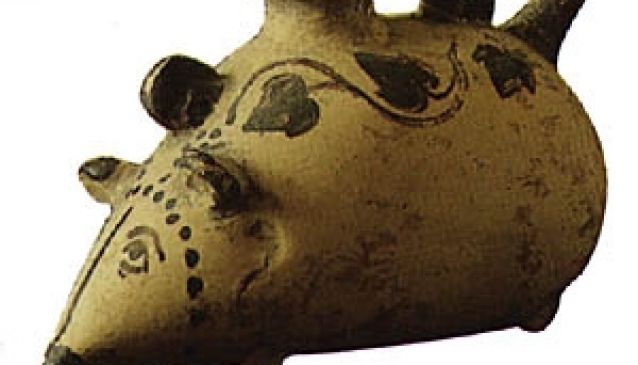 Founded after the excavation made by the Baron Paolo Vagliasindi on his properties, the collection is above all composed by vase findings. 700 ceramic findings of the Greek area, 70 Greek and Roman bronze findings, 17 Greek, Roman and medieval iron findings have been catalogued. The group of most ancient ceramics has been constituted by the Corinthian production, brought to Sicily from the first moments of Greek colonization. The most famous vase is the oinochoe Vagliasindi. Its importance is linked to the particular refinement of the decoration and to the rarity of the represented myth, that is the one of the Harpies who punish the blind king Fineo, who is helped by the Boreadi. Among the most famous works of the collection are the four golden plated ram-head heliches, objects of high goldsmith's art of the Hellenic period, and the golden plated medallion representing Eracle's head.