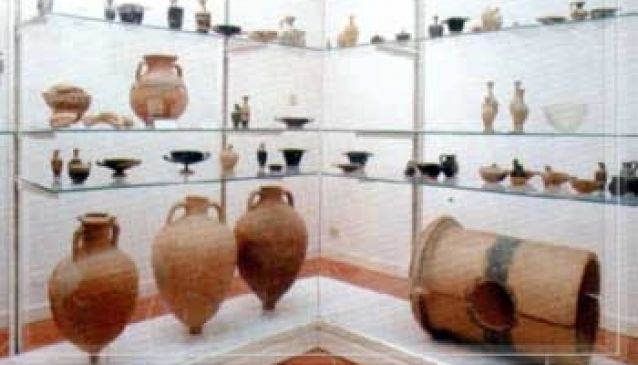 Located almost at the end of the peninsula of 'Schisò', leaning against the remains of the small fortress of the XVII-XVIII centuries, the museum collects mainly archaeological finds unearthed in recent excavations conducted in the area of ​​the ancient colony. On display are especially prehistoric finds of the Neolithic period, and finds of the city-life, from the archaic Greek to the late Roman and Byzantine periods.
Among the most important and precious are fragmentary figurines depicting an enthroned goddess, some archaic female busts, a female figure bearing in her right hand a dove, elements of architectural decoration, vases and fragments of vessels and classical objects of distinctly domestic use, such as weights, frames and lamps, funerary objects from the necropolis, and bronze helmets.