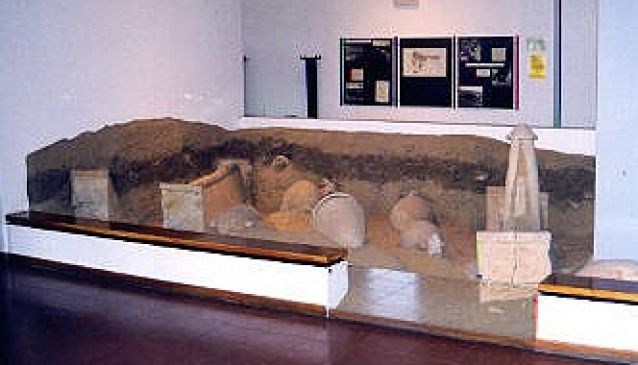 The finds of the first excavations made in the Greek necropolis of Rito (Ragusa) and in the Hellenistic settlement of Scornavacche (Chiaramonte Gulfi) were initially exhibited in the Antiquarium of Ragusa. Later, when the museum was enlarged in the 70s, were added the finds of the excavations made in Camarina, in the Siculian necropolis of Castiglione and in the late ancient period settlement of Caucana. The museum also exhibits the finds coming from the collections made in the first decades of the 20th c. within the territory of Ragusa province and bought by the Sicilian Region, such as the collections of Melfi di Chiaramonte, Pacetto, La Rocca and Pace.

The arrangement is organized by chronological criteria and topographical areas and is characterized by faithful reconstruction of small parts of excavations. The rooms also show visitors how the exhibited objects were used.