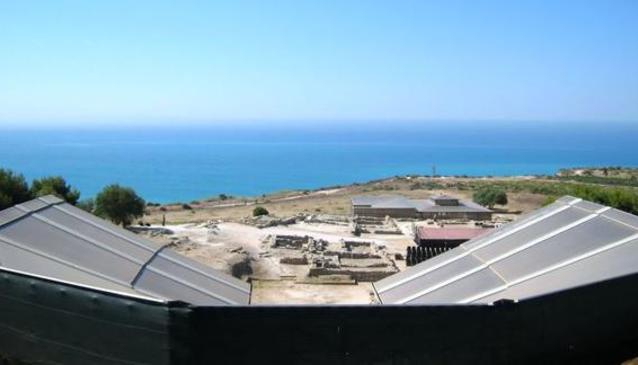 Eraclea Minoa is an archaeological site which boasts one of the most beautiful beaches in Sicily. Eraclea Minoa and the pristine beach of Capo Bianco can be found around 30 km south of Sciacca and 30 km north of Agrigento.

The site boasts Phoenician and Roman ruins as well as a Greek settlement with a theatre and an auditorium facing the sea. It is a very interesting site where visitors appear to be allowed into the excavations, and can get a real feel for life in those times. Great also if you are travelling with children.

On  top of the promontory there is the ancient watch-tower of Torre Salsa.

It's best to come early in the morning - and don't forget to take a picknick and your camera!