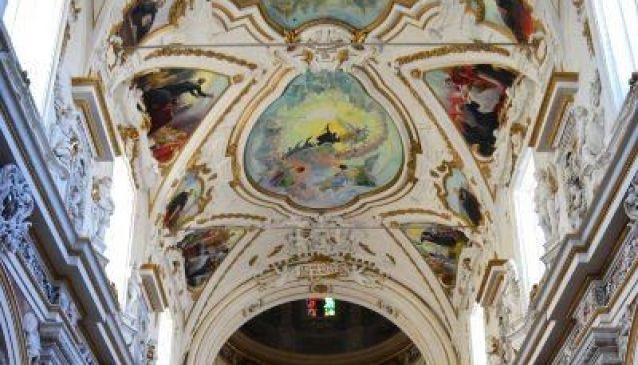 The church was built at the end of the sixteenth century to celebrate the arrival of the Jesuits in Sicily in 1564. The building underwent several changes until the bombings of World War II did severe damages. A very long and painstaking restoration project brought the church to its original form, the reopening  was in 2009. The simple facade features an important 18th-century statue of the 'Madonna of the Cave', while the inside reveals a rich baroque decoration with sculptures, stucco, frescoes and paintings.

The lower part of the facade boasts three portals, and niches with statues of St. Ignatius of Loyola. The upper part is divided by pilasters and framed on both sides with corbels and statues of saints. On top of the facade you can see the Jesuit emblem. The 18th-century bell tower was built on the adjacent Palazzo Marchesi.