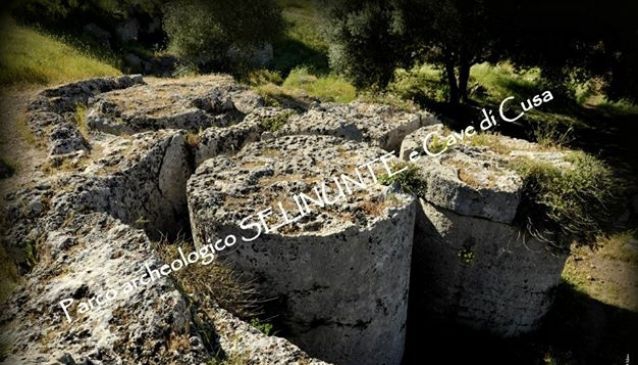 The large area, about 2 km long, of the quarries of Cusa is located on a plain near the coast, about 13 km north-west of Selinunte. Cave di Cusa was the source of stone used to build the town of Selinunte's sacred temple
The stone was very suitable for building, the limestone was ideal for the construction of the sacred Greek temple. This quarry was mined for about 150 years.
In 409 BC Cave di Cusa was abandoned due to the arrival of Carthaginian invaders. This visit broke out into a war and Selinunte was defeated. The town was destroyed, and people escaped to safety. The blocks of stone that were currently being worked on were left alone and have formed the geography of the site today.

Open from April to end of September, last entrance 18.00 h