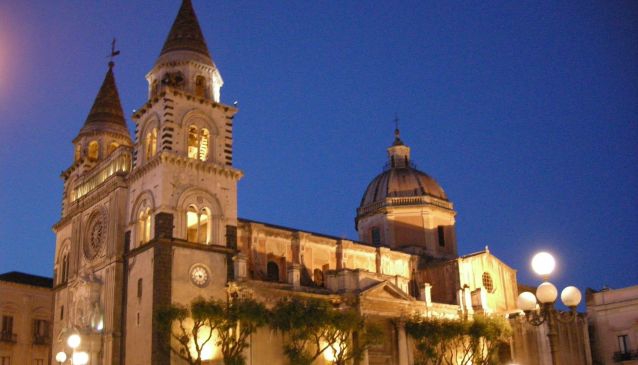 The Duomo di Acireale is a splendid example of a Sicilian Baroque church.

The present building was constructed as a simple parish church between 1597 and 1618, that was greatly enlarged a few years later when it received the relics of Saint Venera, one of the two patron saints of the city. The structure survived the earthquake of 1693, and the present cathedral is a 17th-century building with significant additions from each succeeding century.
Of particular note are the Baroque portal dating from 1668. The two campaniles are centuries apart in construction. The one to the south is from 1655, as is the cupola, while the one to the north, as well as the rose window, are from 1890. The interior is pure 17th century Baroque.