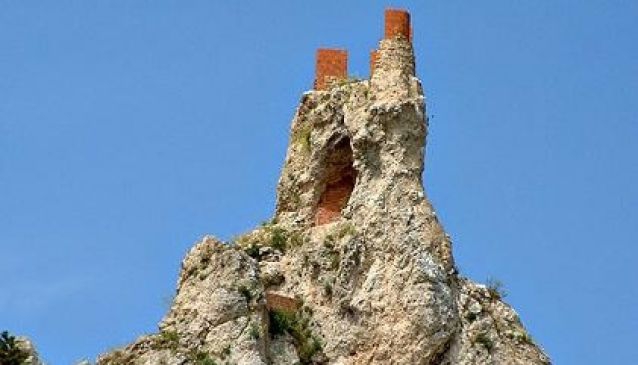 The origins of the Castle of Pietrarossa of Caltanissetta remain unknown. It is presumed to have been built in the 9th century, but there are some historians who claim that it was built by the Sicani, a people that was present in Sicily in the 8th century before the arrival of the Greeks. The castle is towering over the whole valley of the  river Salso.

Throughout history some historical events took place, in 1378 an important meeting of the Sicilian barons was held during which 4 were appointed vicars to govern Sicily. Around 1570, a strong earthquake destroyed most of the castle, today there are only two towers left.

The view that you can admire from this castle is spectacular although today the castle is in a state of disrepair. So be very careful when visiting.