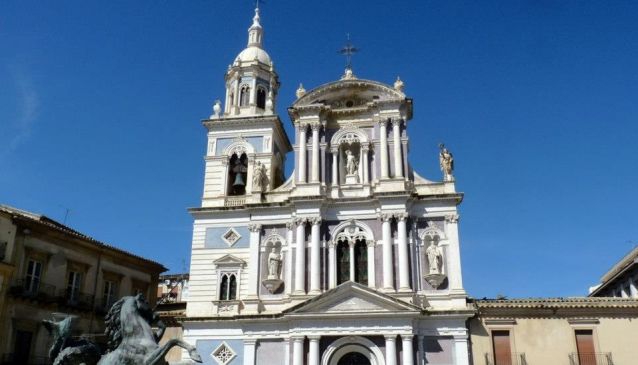 Caltanissetta is located in the middle of Sicily in a region of rolling hills dotted with small towns. Caltanissetta is serviced by trains and buses. SCAT is the local urban bus.

While there might not be a huge number of sights in the city itself, it could be a good base to visit other places in the region that are of particular interest such as Mafia famous Corleone, the wonderful woods of Ficuzza, the famed piazza in Palazzo Adriano or the hilltop town of Sant'Angelo Muxaro.
Sights in Caltanissetta include the Museo Archaeologico, the Cathedral, and the Museum of Sacred Art. Another notable monument in Caltanissetta are the ruins of Castello di Pietrarossa. In English the name means red stone castle  and indeed it was built with red bricks. Originally of Arab origins it was enlarged by the Normans but then destroyed by an earthquake in 1567. .