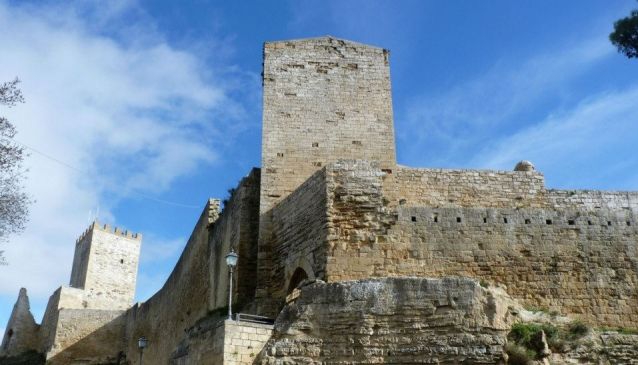 Enna's Castello di Lombardia  has its origin back in the 13th century and was built by Frederick II of Aragon as his summer house.

Under the castle was the ancient Sican temple of Ceres, origin of the widespread of the cult of goddess Ceres.

It is of a mighty and pentagonal shaped construction with strong massive walls and 6 remaining towers (originally there were 20). If you climb up the tallest one, the Torre Pisana you will be rewarded with great panoramic views of Enna and its rolling and rugged countryside. In the past it served Lombard soldiers and later as an open theatre.

With the advent of the artillery, the castle lost its primary strategic role and was turned into a prison. There are still theatrical and musical performances taking place in summer.