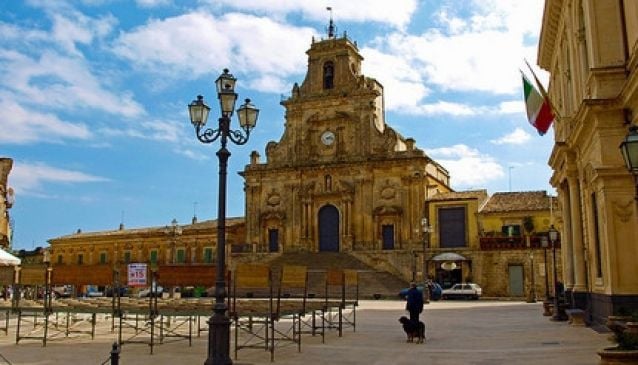 The first church of Saint Sebastian in Palazzolo Acreide was destroyed like the rest of the town by the enormous earthquake in the Val di Noto in 1693. It was rebuilt as a basilica with three naves and several altars, chapels to the two side naves, and a monumental facade designed by the Baroque architect Diamanti. The Basilica di San Sebastiano is well laid out with fine marble and stucco, frescoes and paintings.

The vast main nave is separated from the side by four pillars on each side with five half arches.