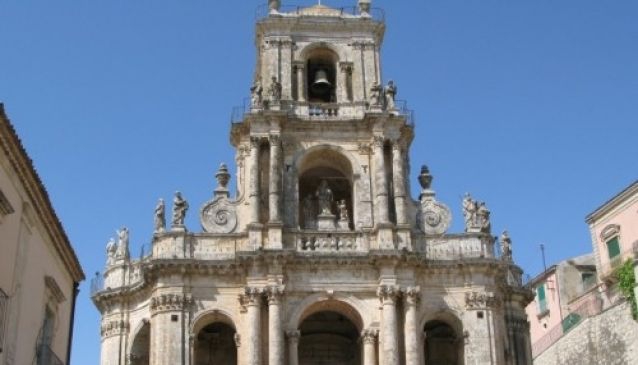 The Basilica di San Paolo in the charming little Baroque town Palazzolo Acreide was built on the ruins of the small church of Santa Sofia. Only few years later, in 1693, the church was destroyed by the terrible earthquake that struck the whole Val di Noto. Thanks to the participation of the faithful inhabitants it was soon rebuilt in Sicilian Baroque style, bigger and more beautiful than before. The Basilica was completed in 1730. Inside there are three naves and two side apses that contain eleven altars.

The other UNESCO World Heritage Site worth to be seen is the Basilica of Saint Sebastian.

Palazzolo Acreide is a great place to spend some enjoyable hourse when in the area of Syracuse and Modica. Also interesting is the archaeological site of the ancient Greek town of Akrai.