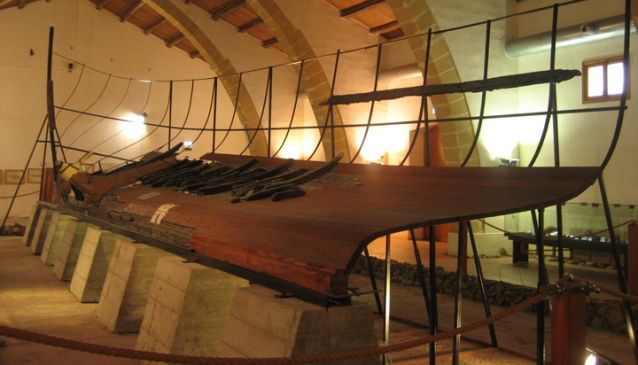 The arrangement follows chronological and topographical criteria, divided in sections with explanatory panels. The wreck is a vessel with a slender line, which for its bottom and waterline can be considered an oared warship that sank  during the battle of the Egadi which ended the first Punic War in 241 BC. The wreck is supposed to be 35 mt. long, 4.80 mt. wide, with a tonnage of 120 tons and a crew of 68 oarsmen, 34 each side, who operated the 17 oars on each side. The guide lines and the signs of the Phoenician-Punic alphabet, carved and painted on the planking, let us know the Phoenician workers' fast technique of naval construction. Ship's stores materials are also exhibited: pottery, ropes, a branch broom, leaves of cannabis sativa and several ballast stones.