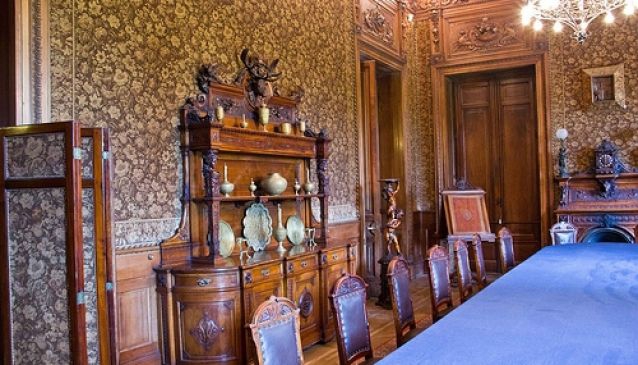 The villa, near the Teatro Politeama in Palermo, was built from 1886 to 1889 by Joseph Whitaker, a leading figure in the Anglo-Palermitan community and fond of botany, ornithology and especially archeology, reflects the cosmopolitan atmosphere of the so-called 'golden age of Palermo' end of the 19th century, when Palermo was the crossroads of major trade interests between Europe and Mediterranean Africa.
The villa is embedded in a wonderful 7-hectares park with lush vegetation.
The Villa Whitaker boasts precious collections of corals, tapestries, books, artworks and antiques. There is still a tangible air of home living that is often lost in traditional museums.

Definitely worth to be seen!