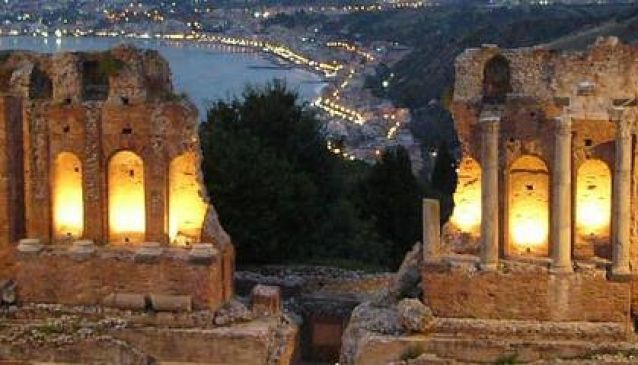 The most visited and famous Sicilian monument, the Teatro Antico, is carved of a hill and boasts stunning views of the sea, the mainland, the bay of Giardini-Naxos and Mount Etna. It dates back to the Hellenistic period in third century BC and was originally used for musical performances and plays, in the Roman era also for hunting shows and as a gladiator arena. It can host up to 5,000 spectators.

Today the Teatro Antico still serves as a venue for theatre and opera performances, festivals, concerts, fashion shows and other events. Every summer national and international artists perform here, some of them making Taormina their only stop in Italy. The most famous event of the year is the 'Taormina Film Fest' which hosts world-reknown actors and celebs.

Being the most famous monument in Sicily, the Teatro Antico gets extremely crowded. Best time to visit is close to closing time.

Tell us what you're looking for...

We are now in 100+ Destinations and Growing. If you are interested in becoming a local travel partner and would like to find out more then click for more info about our Website Business Opportunity.