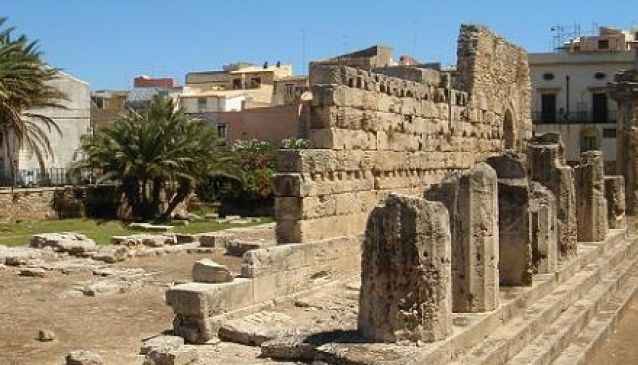 Ortigia, the historic centre of Syracuse, is home to the remains of the second oldest temple in the whole of the ancient Greek World.

The Tempio di Apollo was noticed only in 1860, and freed of all additions made over the centuries from 1938 to 1942. Excavations brought to light that the temple had been transformed into a Byzantine church, then into a mosque, then again into a church under the Normans, then deconsecrated and turned into barracks during the Spanish period.

The many additions conserved  the remain quite well, and despite the partly demolition under the Spanish, the site still exhibits the long stretch of a wall. Together with a fragment of an architrave and two remaining columns it gives an idea of the impressive size of the site. The temple once was covered by coloured and decorative terracotta, the finds are on display in the Archaeological Museum Paolo Orsi.