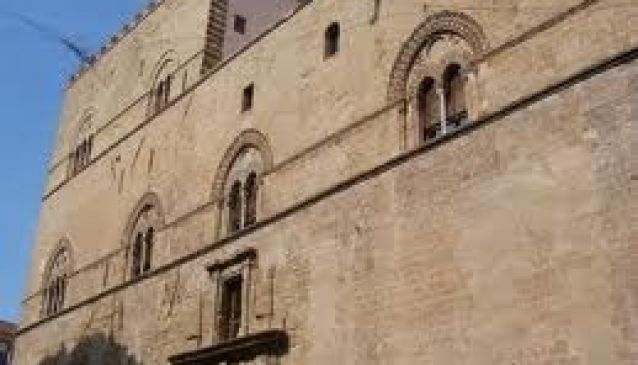 The history of the Palazzo Steri is eventful and was often sadly connected to the violent death: for some 70 years it was the town mansion in Palermo of the Chiaramonte family, until 1392, when Andrea, the last descendant of the Chiaramonte family, was executed at the entrance of his home. Until 1517it was the residence of the Spanish Viceroys, then housed the Royal Customs. Until 1782 it was the seat of the tribunal of the Holy Office of the Inquisition. During this time a torture room and a prison were installed in the building. Some 200 years later it became the seat of the judicial offices, and today it is the seat of the Rector of the University of Palermo. You can still see today drawings, paintings and writings of the imprisoned people who were subjected to process. The Palazzo Steri features three floors and a façade with two mullioned windows in Gothic style. Worth a visit is the 'Great Hall' with its beautiful wooden ceiling, dating back to the late 1300s, and showing chivalry and biblical stories.