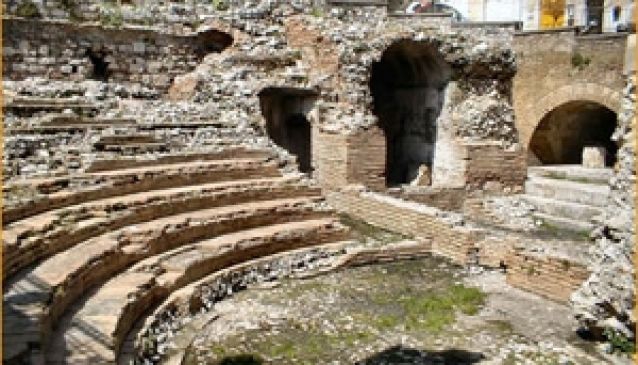 Entering the historical town centre of Taormina via the arch 'Porta Messina', follow the Corso Umberto I for some 30 m, and turn to the right at Palazzo Corvaja. Behind it is the Odeon, a small theatre partly covered by the church of Santa Caterina.

The little theatre is an authentic jewel of Roman architecture on which, over the centuries, various structures were built. It was discovered in 1892 by a blacksmith who was digging in the area. The monument was probably built in the second century AD on a more ancient Greek temple, dedicated to Greek goddess of beauty Aphrodite - a peristyle (colonnade) was also discovered here, perhaps all that was left of the old temple. The auditorium is divided into five areas and surmounted by a brick tunnel.