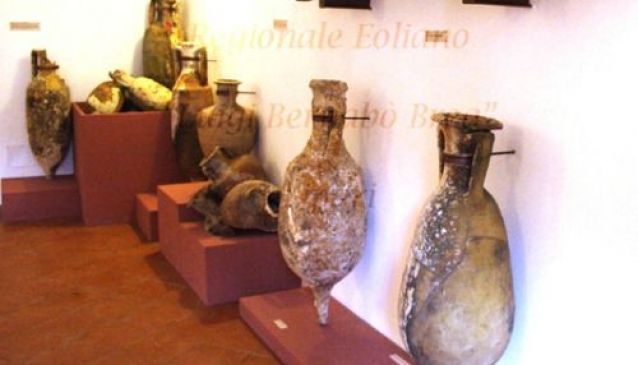 The museum spans two exhibition rooms. One room has an introductory character and illustrates, via a didactic-illustrative apparatus, the geological, vulcanological and natural environment appearance of the island. In the same room follows the chronological exhibition of some archaeological finds,which date between the Neoliticum and the Middle Bronze Age. In the second room is a display of materials from the Greek-Roman Age (Fig.5), among which are fragments of black-glazed pottery and objects pertaining to grave-goods coming from the necropolis of Drauto. Particularly significant is the evidence from underwater finds: amphorae of Greek-Italian type of the second half IV-beginning III century B.C. and black-glazed pottery from the Dattilo shipwreck of the IV century B.C.

The actual exhibition is to be extended and completed with an area dedicated to the exhibiton of ethnoanthropological material tied to the history and more recent culture of the island.