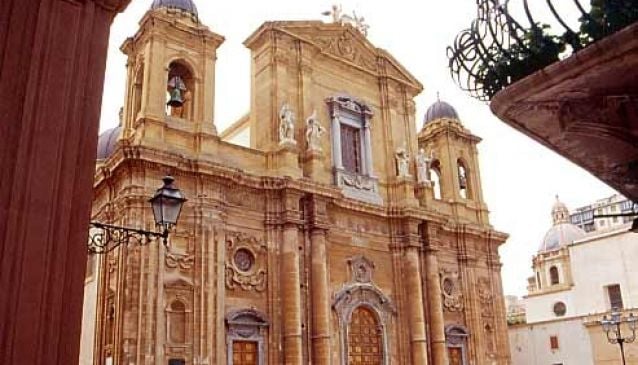 Marsala's largest church, the Mother Church, is dedicated to Thomas Becket, the Archbishop of Canterbury, who was murdered by the followers of King Henry II of England (if not by the king himself), and soon after his death canonised by Pope Alexander III.

King Henry's daughter preached the cult of Saint Thomas in Sicily, to atone for the sins of her father. But, as usual, the Sicilians have another version: according to legend there was a ship going to England to deliver Corinthian columns for the building of a church in honour of Saint Thomas of Canterbury. The ship had to seek shelter at the port of Marsala due to a storm. The citizens of Marsala thought this a sign of divine will, and built a church which they dedicated to the English saint.