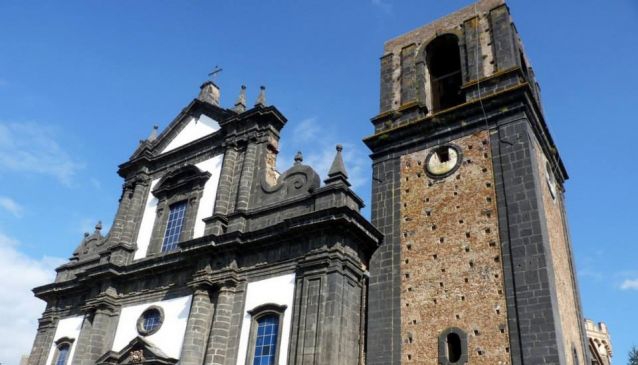 The Greek-Orthodox Cathedral of San Nicolò is the biggest of all churches of Randazzo, dating back to the 13th century. It has undergone several reconstructions. The bell tower of the 17th century was never completed, the apses are of the 13th century. The Cathedral was rebuilt after the war. Inside there are some precious artworks: a batismal font in sandstone of the 14th century, a 16th century crucifix painted on wood, the Trinity of Giuseppe Tomasi from 1651, a Madonna of marble, a 15th century retablo depicting the Madonna and Child, and, amongst others, the marble statue of Saint Nicholas of Bari by Antonello Gagini (1523).