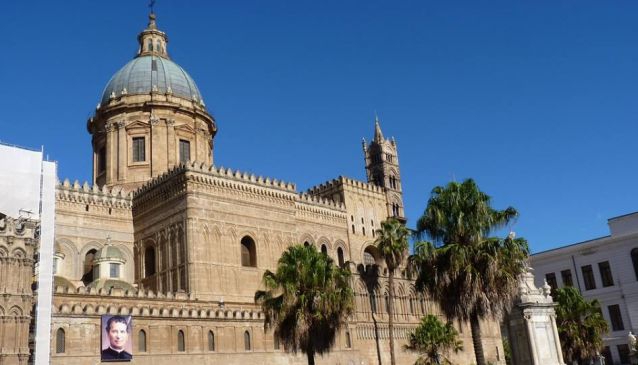 The Cathedral's exterior is a must-see, the interior is rather plain. Construction works started in 1179 on the site of a previous Muslim building, but were subject to many additions and rebuilding, so it wasn't finished for centuries.

The cathedral is often called by historians as odd as it is a mixture of styles and cultures. The Catalan-Gothic facade and tower date from the 14th and 15th century, and opposite the facade, is the Medieval campanile. Its turrets, towers, dome and arches come together in the kind of meeting of diverse elements that King Roger II fostered during his reign. In 1781 small cupolas with Majolica tiles were added. The most important part of the original Norman building is the apse. The remains of Santa Rosalia, Palermo's patron saint are in a silver coffer on the altar of the saint's small chapel.

€ 3 for treasury, crypt and royal tombs

Tell us what you're looking for...

We are now in 100+ Destinations and Growing. If you are interested in becoming a local travel partner and would like to find out more then click for more info about our Website Business Opportunity.