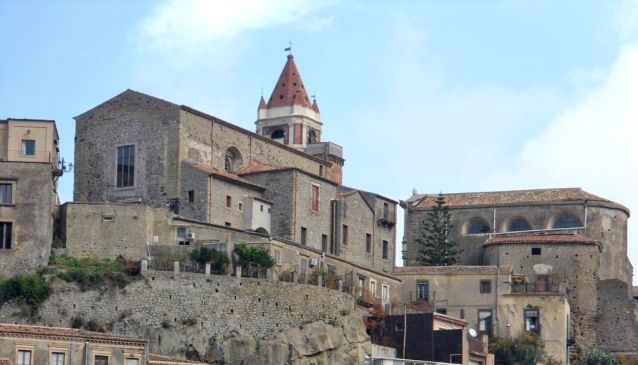 The history of Castiglione is inherent in its name, Castel Leone, an ancient fortress that dominated the Alcantara valley, the remains of which can still be visited.
It was inhabited by the Greeks as early as 403 BC, who built a fortress to control the only access route to the interior of Sicily.
Over the centuries the Romans built bridges, the Arabs revolutionized the irrigation systems and even came to breed crocodiles in the river Alcantara. Under the Normans and the Swabians Castiglione became a royal city.
Castiglione grew and prospered under all dominations: thanks to the wealth derived from the cultivation and processing of flax and hazelnuts, churches and palazzos were built.
The village visually monitors a wide area and overlooks much of the Alcantara valley.