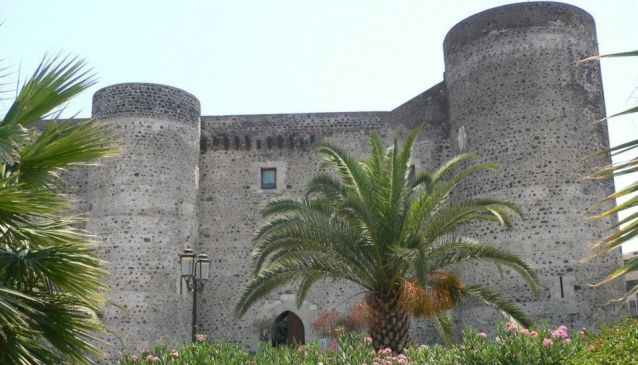 The Castello Ursino in Catania was built on the order of the emperor Frederick II between 1239 and 1250.

The name derives from latin 'Castrum Sinus' meaning 'castle of gulf', as the castle originally stood high above the sea, but after the devastating eruptions of Mount Etna and the earthquakes in 1669 and 1693, when an enormous amount of lave flowed through Catania for more than 120 days up to the sea, the castle stood 500 metres away from the coast.

Today, the Ursino Castle boasts many interesting rooms with well preserved features, a beautifully illuminated museum with more than 8000 pieces including well executed Greek sculptures, vases and an art gallery upstairs which also serves as a venue for art exhibitions.