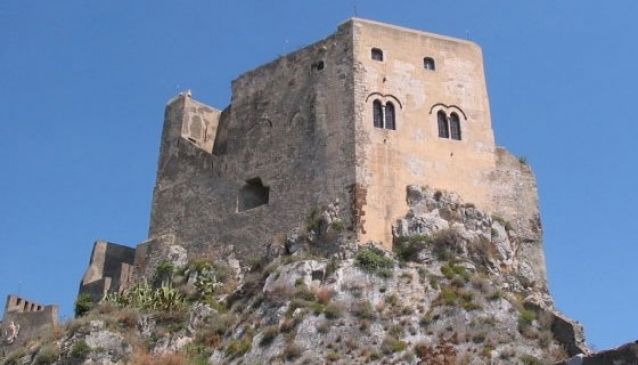 The Castello di Scaletta Zanclea, an imposing three-story building, was built in the year 1220 by the Swabian population as a military defence fortress, on the coast halfway beetween Taormina and Messina. The lords of the castle changed several times, there were Swabians, Aragonese and Spanish until 1672 when the ownership passed to the Ruffo family, who used the castle as a hunting lodge, keeping its structure intact.
The castle is located on a hill leaning in the direction of the sea and can be reached by paths and steps. It is surrounded by high inaccessible slopes, except for the eastern side overlooking the Strait of Messina.

In the last century, due to the total neglect, the castle has suffered the most damage.