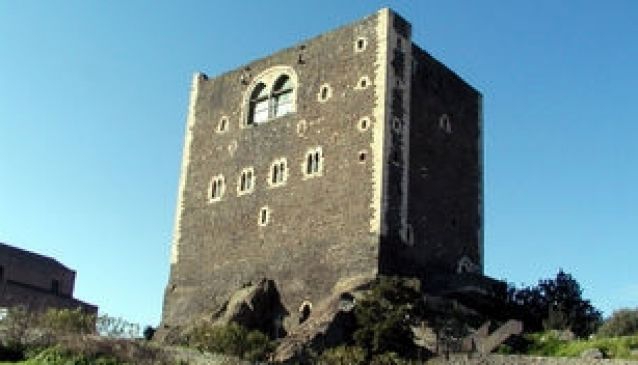 The majestic Castello di Paternò dominates the countryside around Paternò from a basaltic rock.
It was built on an existing Arabic building by Roger de Hauteville, to whom we owe the castles of Motta, Adrano, Troina, Nicosia, Rometta, Castroreale, Vicari, Mazara and Petralia. Between 1221 and 1223 the castle was designed by Emperor Frederick II of Hohenstaufen for short stays and a defense fortress for the plain of Simeto.

The large living room on the ground floor is covered by a pointed arch and illuminated by two mullioned windows. The chapel has a single nave with apses and walls painted in tempera of the era of Frederick II. The first floor includes a large living room lighted by four lancet windows in limestone and is covered by an ogival vault. On the second floor there is a gallery with a rib vault lit by two huge mullioned windows.

Visits are possible on request.