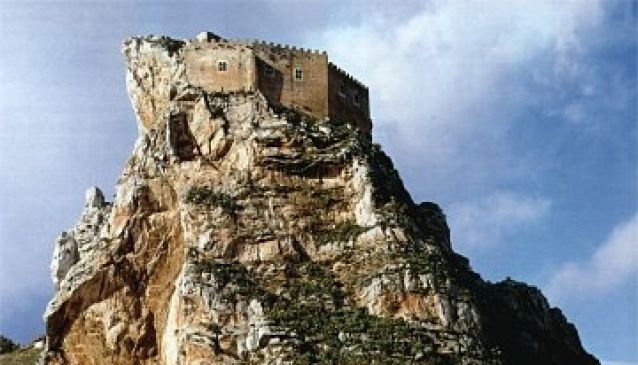 The Castello di Mussomeli not far from Caltanissetta is definitely one of the most inaccessible fortresses of Sicily. The castle is arranged at different heights and seems to blend with the limestone cliff on which it stands.
The fort is bounded by two irregular walls that make the most of every feature offered by the cliff; thus the castle blends with nature. The exterior facade of the castle with the portal and the windows is full of Gothic elements. Inside are the huge hall of the Barons with its high vaulted ceilings, the 'Dungeon of Death', where the condemned were thrown from a trap and killed by drowning, and a chapel where prisoners begged pardon at the 'Madonna of the Chains'