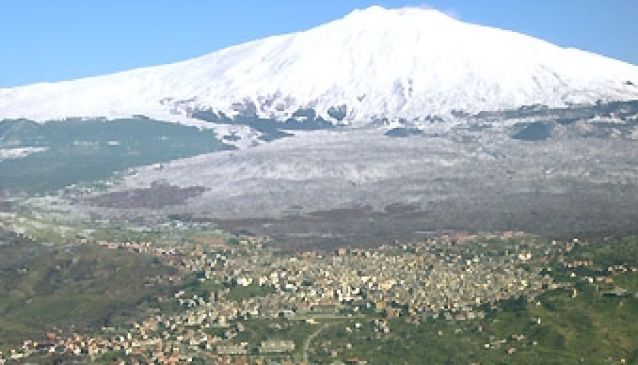 Bronte lies about a halfway along the Circumetnea route, nestled peacefully between Mount Etna and the Nebrodi Regional Park. Bronte is the most popular town for Italy's pistachio production, probably thanks to its volcanic soil, pleasant all year around temperatures and hard working Sicilians using only old traditional techniques.

Did you know that Sicilians use pistachios for cooking, but not only sprinkling on pasta dishes and as a cheese filling, but also as spread and we have even tasted pistachio pesto and pizza. Divine!

Bronte also boasts some fine views of Mount Etna especially if you board the Circumetnea train. .If you want to dig deep down the Sicilian history around Bronte, pay a visit to the many churches and the Castello di Nelson which dates as far as the 12th century and has a splendid garden and courtyard along with a small bar serving some local pistachio delicacies.