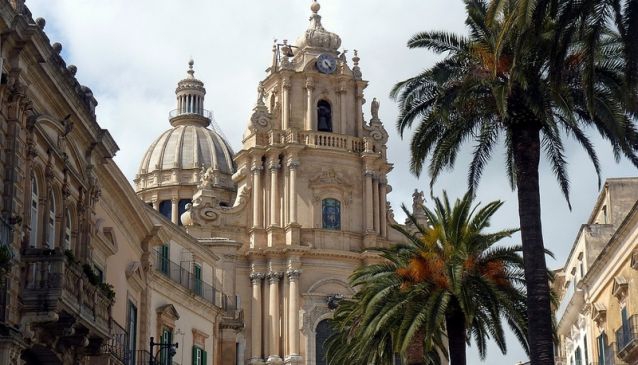 The construction of the Cattedrale di San Giorgio in Ragusa-Ibla began in 1739, as stated by a plaque. Actually works started 6 years later. The whole project was commissioned by the famous Baroque-architect Rosario Gagliardi who placed the church at the end of the square on top of a staircase. He wanted to accentuate the grandeur of the square, and he did this very well. The Cathedral has three naves which are divided by large pillars In the chapels of the aisles you can admire paintings of famous artists of the 18th century. The upper parts of the side doors keep the simulacrums that are carried in procession during the Festival of Saint George. The huge organ has 3368 pipes.

Inspector Montalbano fans will recognize the cathedral immediately from the TV series!