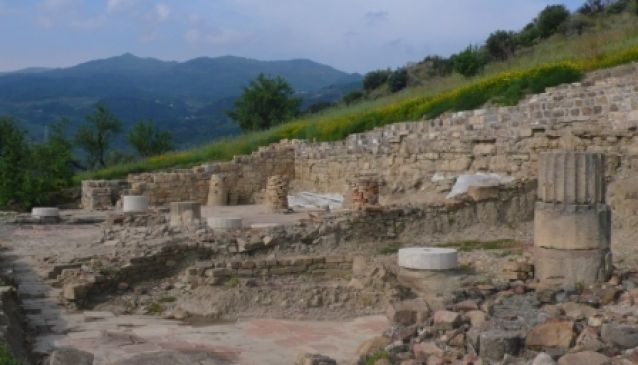 The excavations have brought to light buttresses of the acropolis and the place of the ancient Agora (market place). Some elements of the urban structure of the city were also found: the streets were paved with bricks and run parallel to a large central road that leaded to the Agora.

Take the motorway A20 Palermo - Messina, exit at Tusa. Take the SS113 Settentrionale Sicula  in the direction of Messina until Castel di Tusa, then follow the signs for Tusa. After 3 kms you'll see on the right hand side 'Halaesa'.