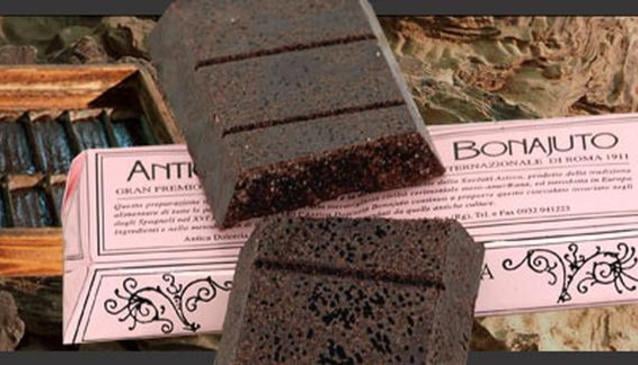 Wine and other Tastings Wine, Oil, Pastries & other Sicilian delights

L'Antica Dolceria Bonajuto in Modica is Sicily's oldest chocolate manufacturer founded by Francesco Bonajuto in 1880 and since then is making chocolate using the finest all-natural ingredients.

Following the ancient Aztec recipes brought to Sicily by the Spanish, Bonajuto produces chocolate using only cocoa, sugar and spices . A classic is Cioccolato alla Cannella ed alla Vagnilia which is a combination of vanilla and cinnamon. Torrone is flavoured with Arabian oranges. Apart from traditional tastes you'll also find our favourite: the peppery version with chili.

There are also good cannoli, biscuits filled with dried figs, almonds or honey, or made with nougat and almonds - utterly delicious!

Do pay a visit to L'Antica Dolceria Bonajuto. Not only to have a taste of those little treats, but also to buy some, as the products of Bonajuto make rather luscious souvenirs of Sicily, packed in old fashioned tin boxes or wrapped in paper.