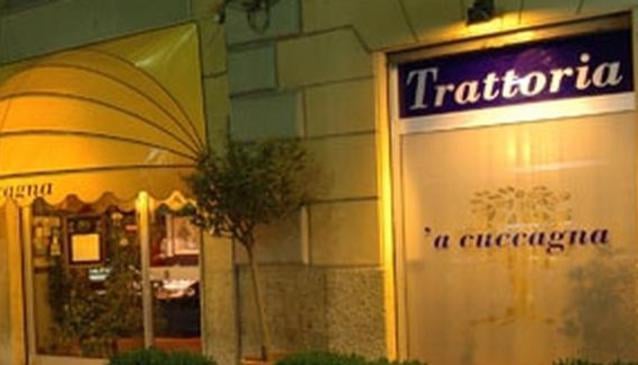 Trattoria A Cuccagna is located in Palermo only few minutes from the central train station.

This homely neighbourhood restaurant was founded in 1974 by Francesco Paolo Sammarco, later joined by his son Carmelo who holds a title awarded by the B.A.I.A. international and is a member of the Italian Restaurant Association (AMIRA). He has also wrote a book called 'Cucinare alla Siciliana' ( Sicilian cuisine) which has been translated into 6 languages and participated in many TV programms and shows.

The modern design of A Cuccagna combines warm tones with brighter splashes of colour, while pictures, paintings and photos of local history create a genuine atmosphere.

The menu is well thought and full of flavoursome dishes.The swordfish carpaccio or lobster cocktail comes highly recommend as a starter followed by fillet of sea bream with roasted potatoes.