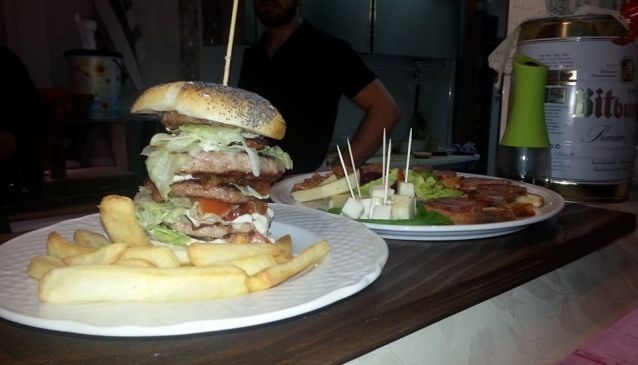 On our tour through the west of Sicily at one point we were somehow desperate for a good piece of meat, after eating since days fish and crustaceans, however delicious they were. So we asked in Trapani where to eat best meat, and were sent to The Butcher in Paceco, which is some minutes by car from Trapani. Seeing the meat snacks of all kinds in the counter just makes you hungry looking at them...

We opted for an Angus steak on recommendation of butcher and owner Francesco and something called UFO. The steak melted in the mouth and the UFO was a monster sandwich of 2kg! Washed it all down with a craft beer and a local Donnafugata red. Francesco has some of the best wines of the Trapani hinterland.

The Butcher is the ultimate place for carnivores. Dear Francesco, go ahead like this!