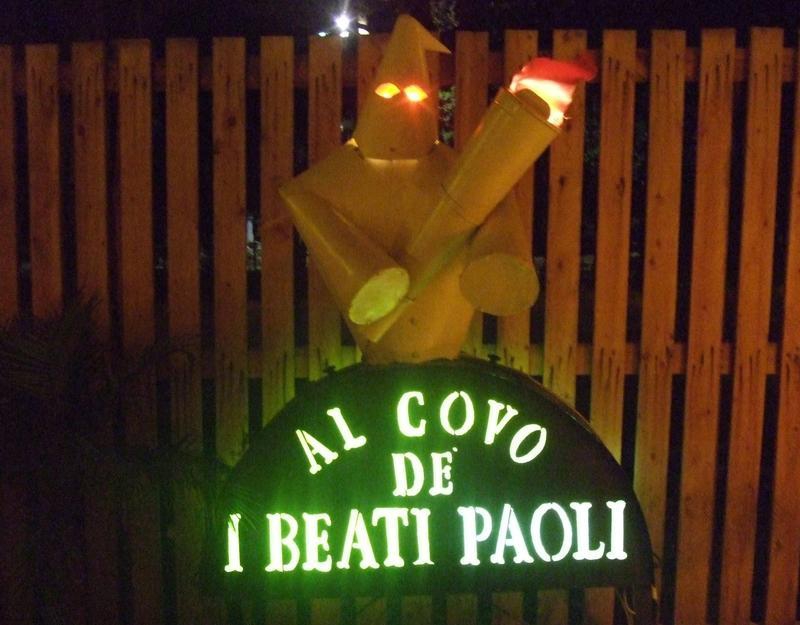 Al Covo Dei Beati Paoli, located right behind the English Gardens in Palermo, has a mysterious atmosphere and deco. It was built like a cave with dark stony and craggy walls, lanterns giving out only a very dim light, a huge unusual fireplace and antic furniture.

The whole idea came from a legend about Beati Paoli, a secret sect fighting against the church and the state. Think Robin Hood, taking from the rich people and giving to the poor, but in a Sicilian style :-)

There are also tables outside for perfect alfresco dining while enjoying the panoramic views of Giardino Garibaldi, Palermo's biggest park, or romantic dinners for two with candles.

Its menu serves up an appealing combination of traditional and modern Sicilian dishes. As a starter menu the selection of seafood comes highly recommended, or people often compliment on the pizza, especially the 'Norway' Pizza.