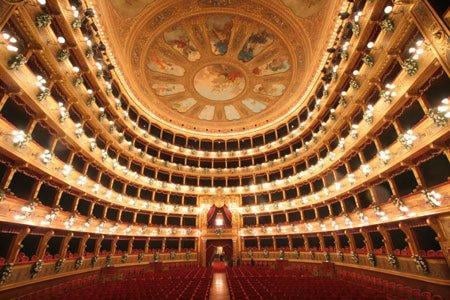 The Teatro Massimo dates back to 1875 when the building of  this majestic theatre began, the biggest opera house in Italy and the third largest opera house in Europe. It opened its doors to the public in 1897 with a performance of Verdi's Falstaff. The same year a very young Caruso sang in a production of La Gioconda.

The opera house features 8000 square metres, an interior adorned by rich ornaments and a splendid Neoclassical facade with elements of the Greek temples of Agrigento and Selinunte.

There are guided tours in several languages lasting around 25 minutes and giving you an insight into the history (09.30-17.00h except on Mondays, cost: € 8, reduced ticket € 5).

The theatre also houses a public library and you could buy something nice in the bookshop or have a coffee in the small cafeteria.