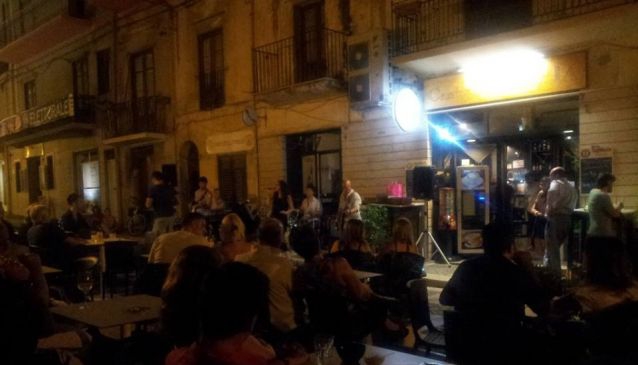 In 2004, when Cantina Aurelia opened,  it was the first wine bar in the province of Trapani. With 80 indoor and 50 oudoor seats Cantina Aurelia has the biggest surface area in the historical centre of Castellammare del Golfo on Sicily's northwest coast. The main entrance is on the main street, that becomes pedestrian zone in summer evenings.

Cantina Aurelia opened in 2012 the restaurant, in addition to snacks like panini, piadine, crepes and other quick bites that were and are still served in the wine bar.

Since the beginning, Cantina Aurelia specializes in grilled meats and burgers. For their guests they have selected the best meat for burgers, using 250 grams of lean beef.

Pork meat lovers should try their pork knuckle with mushrooms - mhmmmmm. Accompanied by a cold Sicilian beer, sitting outside, doing some people watching - a lovely night out.