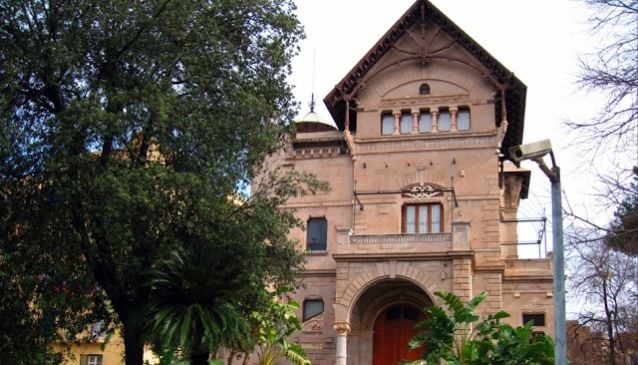 Villino Florio, built between 1899 and 1902 by the Florio family, and nestled in a beautiful garden., is a detached extravagant Liberty house with small towers decorated by arches, stairs and protruding parts. The cylindrical towers are reminiscent of French castles, Romanesque columns and rusticated Renaissance parts are all expertly blended to create a masterpiece of eclecticism and originality. Villino Florio is one of the most important Art Nouveau buildings of Italy and is considered one of the masterpieces of Art Nouveau also at European level. Villino Florio survived arson in 1962 and since then has been the subject of several restorations of both architectural and decorative nature. The last ended in November 2010. The decorations that the fire had irreparably damaged have been faithfully reproduced relying on photographs and documents.