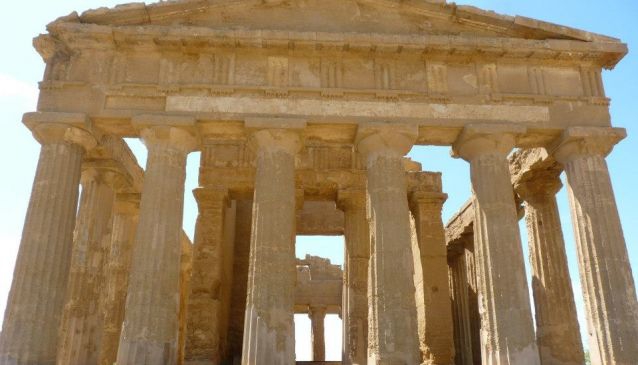 This archeological area houses better preserved ancient Greek temples than Greece itself. The Temples of Zeus, Hera, and Herakles are extremely well preserved. The site actually includes remains of at least seven ancient temples and various other ancient remains.

The best preserved is the Temple of Concordia. Partly the reason for being so well preserved is that in the 6th century AD it was converted into a Christian church.

A wonderful experience is the evening tour to the illuminated Valley of the Temples.

Entrance fee: € 10, reduced tickets for groups, EU citizens under 18 and over 65 years free, residents of the Province of Agrigento € 1