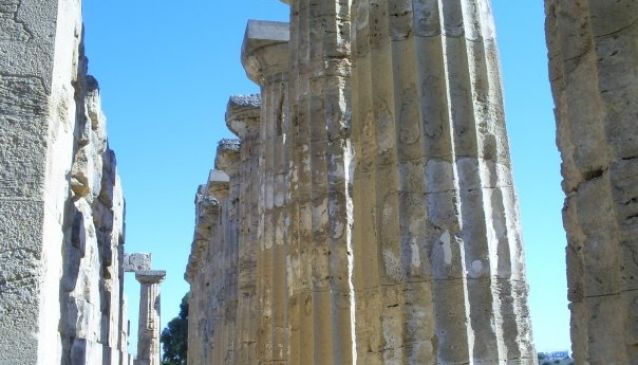 Directions to Tempio di Segesta - The Temple of Segesta

Greek colonists started to build this impressive temple in the year 430 BC. It is 26 metres wide, 61 metres long, and features 36 Doric columns. Archaeologists believe that the temple has never been finished: it was never roofed over, its columns were not fluted and there are still tabs at the blocks of the base for lifting them into place.

From the beginning Segesta was in conflict with Selinunte, the first battles started in 580 BC. In 415 BC Segesta asked Athens for help, which led to a two year Athenian expedition in Sicily. Later Segesta allied with the Carthaginians, who destroyed the ancient Selinunte completely, but Segesta was besieged by the tyrant Dionysius of Syracuse, later destroyed by Agathocles, then forced to surrender the Romans. Then it was razed by the Vandals.

Given this very vivid history it is amazing that something of this town has survived at all.