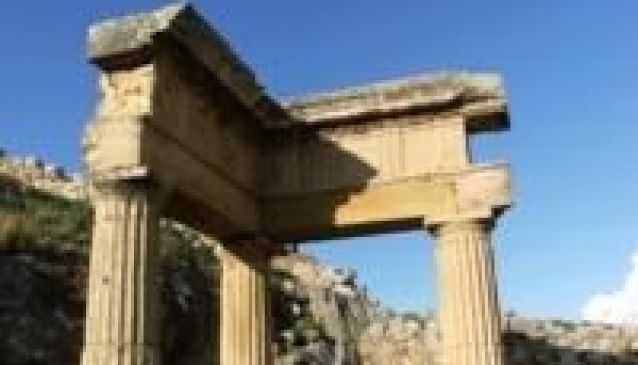 Ancient Solus was a Phoenician settlement founded in the eight century BC. It was later Hellenised and finally Romanised.The Greco-Roman town of Solunto is 20 km east of Palermo. It is beautifully located on top of Monte Catalfano.

Solunto contains all the remnants of a working town - streets, houses with mosaic floors, a gymnasium, theatre, agora, water cistern and even a public toilet! Most of these all date from the Roman period, in fact little remains of the Greek or Phoenician period. Some of these ruins with their columns and mosaics give you an idea of just how wealthy the residents were. Hike up to the summit for even better views over the Gulf of Palermo. Go to the museum on site for specific finds like hair pins, ceramics and marble statues.